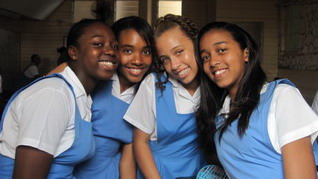 Here's a recipe for
Jamaica People:

1 extra large bundle of West Africans
A handful of each of the following:
Europeans (possibly 2 handfuls)
Indians
Chinese
a pinch of the Middle East

Place the West Africans and Europeans in a tropical climate, around 90 degrees. Mix together well, and simmer for over 350 years, while gradually adding the Indians, the Chinese and a touch of the Middle East.

The result will be varied and memorable, as the ingredients combine in all sorts of interesting ways. In a few cases the European, Indian, Chinese and Middle Eastern ingredients will remain separate, in their pure form. Other than that, the African ingredient will combine with all the others, giving an unmistakable flavour. Garnish with a liberal sprinkling of attitude, a forceful spirit and whole lot of rhythm! 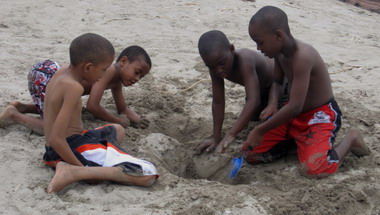 So strong is the diversity of Jamaican people that it is the subject of our national motto "Out of many, one people". There is no one physical feature that can define us as Jamaican, although the way we talk and move is usually a dead giveaway.

Here in Jamaica people have black skin, white skin, what we call red skin, and shade upon shade of brown skin. As for our hair - it may be kinky, straight, curly, or made in Taiwan! Although 90% of our population is classified as black, it is unlikely that more than a small percentage is of pure African ancestry. 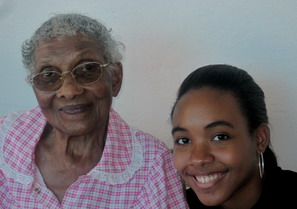 Here's a look at the major ethnic groups which arrived in Jamaica:

Tainos - came from South America around 600 AD. Very few descendants of Tainos remain on the island.

Spanish - After Columbus claimed Jamaica for Spain in 1494, other Spanish settlers came to the island, starting in the early 16th century. They left behind Jamaican-born Spanish and mixed race offspring when the British gained control of the island in the mid 17th century.

African - Spanish settlers brought their slaves with them from Europe. Later, slaves were imported from West Africa. Many of these mixed with the Tainos and Spanish to produce mixed race children.

British - In 1655 Jamaica was wrested from the Spanish by the British. Most of the early British settlers were English, who set up large sugar and other plantations. Throughout slavery and afterwards, the British (mainly the men) produced children with the black population.

More Africans - The plantation system had an insatiable appetite for labourers. Hundreds of thousands of West Africans were brought to Jamaica as slaves by the British until the slave trade was abolished in 1807. The blacks became the most predominant ethnic group.

Other Europeans - English, Scottish, Irish, Welsh, German came during and after the abolition of slavery. Some were sent to Jamaica as punishment for crimes committed at home. Some came as indentured labourers. Few stayed long on the plantations, as conditions were too harsh. These groups also formed sexual unions with the Africans and their descendants.

Indians - In 1845 Indians were brought to Jamaica to work on plantations as indentured labourers, after slavery had been abolished. Over 36,000 indentured Indians came to the island up to 1921. Other Indians came as merchants later in the 20th Century. Some mixed with the local population, but many formed unions within their race. As a result, Indians form the largest ethnic minority in Jamaica (about 1.5% of the population).

Chinese - Jamaica's first Chinese immigrants (over 200) arrived in 1854, as indentured workers. These first immigrants were all male. Needless to say, not long after their arrival, half-Chinese children began to be born in Jamaica! Many of the Chinese left the plantations and set up businesses, making their mark as the "Chiney Shop" became a fixture throughout the island. Other free immigrants came in the 20th century, also establishing businesses. They too have mixed with white, Indian and black. With widespread immigration to North America in the 1970's, Chinese formed less that 1/2% of the Jamaican population in 1991. In the 21st century, a fresh wave of Chinese has been coming directly from China, and the Chiney Shop is on the rise again.

Middle Eastern - Lebanese and Syrians came to Jamaica in the late 19th century, and established themselves as merchants of clothing, textiles and other dry goods. Many of them started out by roving around the country carrying their goods on their backs. Descendants of these immigrants, though few in number, have contributed significantly to the development of trade and commerce in Jamaica. The early generations would often send back to their homelands to find wives. Later generations have mixed with the wider Jamaican population. 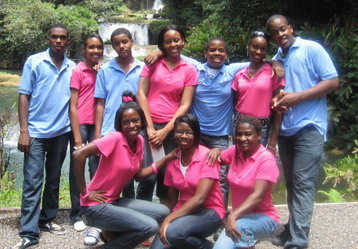 On a first visit to Jamaica people may not know what to expect of us. Expect us to be varied, interesting and full of life - Jamaica people not ordinary!

Return from Jamaica People to the History of Jamaica