A very brief
History of Jamaica

Trying to tell the many-hundred year history of Jamaica in a few hundred words is next to impossible. I do hope there's enough here to give you some good insight into Jamaican history, without too many overwhelming details.

The Tainos were early inhabitants of the northern Caribbean who are thought to have arrived in Jamaica around 600 AD. This Arawak-speaking group originated in South America, migrating first to the southern Caribbean, then northward by canoe as they were displaced by the more aggressive Carib people. Tainos were a peaceful fishing and hunting people who gave Jamaica its original name Hamaika, which means "Land of Wood and Water".

Christopher Columbus arrived in Jamaica on May 6, 1494 in search of gold which he never found. He claimed the island for the King and Queen of Spain. This ushered in a period of Spanish settlement which lasted from 1509 to 1655. The first 30 years of settlement saw the Tainos becoming almost extinct due to disease, slavery and malnutrition. 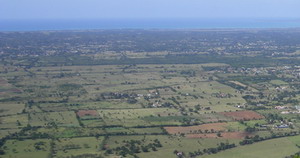 The Spanish established ranches on the southern plains, and were responsible for the introduction of cattle, pigs, chickens, horses, cats and dogs. They also introduced the important economic crops sugar cane, bananas and citrus.

In 1513 the first African slaves arrived to work as hunters and herders of wild horses, cattle and pigs, and in the small sugar mills which the Spaniards had established.

The island was called Xamayca, and Spanish Town was established as capital.

In May 1655 the British invaded Jamaica, a poorly defended and thinly populated Spanish colony. There followed over 300 years of British rule, which saw the following: 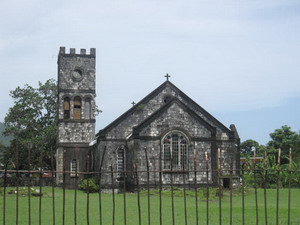 Slavery conditions in Jamaica were among the harshest in the New World. This led to many brutal slave revolts, which were crushed with equal brutality. The British slave trade was abolished in 1807, but slavery continued for another 30 years before being fully abolished on August 1, 1838.

History of Jamaica 1838-1962
Emancipation to Independence

After emancipation, many of the ex-slaves left the plantations and moved into the hills. The sugar estates needed labour, so Chinese and Indianscame as indentured labourers to replace ex-slaves.

The ex-slaves barely subsisted on farming. Those who continued to work on the plantations could barely support their families. New banana estates offered jobs, but little social mobility. As a result, many moved to the city where generations have remained without skills, jobs or housing.

Jamaicans also went overseas in search of opportunities. To Panama, for the building of the Panama Canal. To the USA, for farm work and work on military bases. To the UK, to fight in World War II, and to rebuild the country after the war.

After emancipation, ex-slaves remained second class citizens. The planter class continued to direct the country's affairs, and only the most affluent had a vote. The 1865 Morant Bay Rebellion was a civil rights protest that provoked a brutal response from the authorities. More than 300 people, notably the leader Paul Bogle, were hanged.

In the early 1900s, the teachings of Marcus Garvey became increasingly popular among the poor, black classes. The Rastafarian movement was inspired by Garvey's teachings, and came to national attention in the 1930s.

The poor were still seeking respect for their rights in 1938 when island-wide riots broke out. The result was the setting up of Jamaica's modern political party system. All Jamaican adults were able to vote in the 1944 elections, and the country was on a path to independence in 1962.

History of Jamaica 1962 to present
Independence and after

Following Independence Day on August 6, 1962 there was a great sense of national pride. Jamaicans were governing themselves, and the growing tourism, bauxite, and coffee industries contributed to a strong economy. The Jamaica Labour Party (JLP) formed the government from independence until 1972.

Here are some developments from the 1970s and onwards:

In the 21st century, it is estimated that there are as many Jamaicans living abroad as there are in Jamaica. North American culture and values, accessed mainly through cable and the internet, impact our island relentlessly. Yet we manage to maintain our national identity, and our sports, culture and music ensure that Jamaica is known worldwide.

Click here for fascinating pictures and information on the history of Black River, a town with an intriguing past.

And here's a bit of the history of the Jamaican Flag

Return from History of Jamaica to Real Jamaica Vacations